The Great Gender Shift in Dentistry 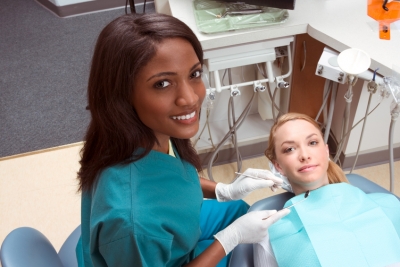 There’s a growing trend in dentistry, and it has to do with a major shakeup in demographics. Once a male-dominated profession, Dentistry is becoming more predominately female. The percentage of females to males enrolling in dental schools in the United States is approaching fifty percent. Furthermore, the percentage of females practicing dentistry has increased to more than twenty percent of the total number of practicing dentists and sixty percent of practicing dentists under forty-four years of age are women. As older dentists retire, dentistry will become a female-dominated industry.

According to some polls, this transition will happen by the year 2020. The primary impact of this trend will most likely affect group practices and corporate offices because female dentists tend to work fewer hours/days and group or corporate settings allow for part-time status. Female dental school graduates are more likely to work less than thirty hours per week when compared to their male colleagues.

Traditional roles are still followed with the female continuing to be the primary caregiver. Most female grads have their first child within three years of practicing and go on to have an average of 3 children. Working part-time, which in dentistry can be as little as 24 hours per week,  provides for a generous steady income and precious time to spend with the family.

This gender shift is affecting more than the field of dentistry. Pharmacy, medicine, optometry, and other professions are following suit. As time marches on, it will be interesting to see the future of these professions and the demographic status.

Tweet
Published in Blog
More in this category: « Microcopy Thinks Pink, Supporting the Fight Against Breast Cancer Activated Charcoal to Whiten Teeth »
back to top