How did the Pilgrims and Native Americans care for their teeth? 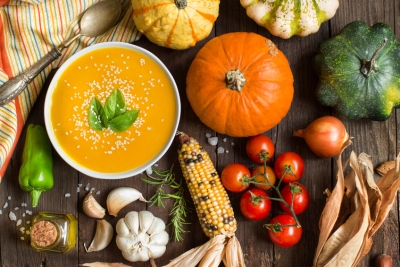 Thanksgiving is quickly approaching, and today we’re looking at how the Pilgrims and Native Americans cared for their teeth. As you can imagine, there were no dentists, and oral health wasn’t a top priority.

First, we’ll take a glimpse at the Pilgrims. They spent a lot of time on ships which directly affected their diet, and in turn, affected their oral health. They ate preserved food like dried fruit, hard biscuits, and salted dried meats. These types of foods are harmful to the teeth and promote bacterial growth responsible for tooth decay, gingival issues, and periodontal disease. The Pilgrims were technically more advanced than the Native Americans, but most didn’t have a toothbrush. The available toothbrushes had a bone handle and hog hair bristles and were used by the upper class. Toothbrushes became popular a century after the Pilgrims landed in America.

The Pilgrims drink choices may have been even more detrimental than the food. Water was avoided because it wasn’t clean and led to sickness and even death. Therefore, wine and beer were consumed. Neither was ideal for a healthy mouth, but the wine was more harmful because of the high sugar content and high acidity level causing break down of the enamel and decay.

The Native Americans, on the other hand, had decent teeth and gums, and like the Pilgrims, it was directly related to their diet. They were hunters and gatherers and lived off the land. Their food sources consisted of corn, wild game, squash, beans, fish, fruit, and nuts. Everything they consumed was high in fiber and wasn’t refined, so there was a lot of chewing resulting in plaque removal.

The Native Americans didn’t have access to toothbrushes, but that didn’t stop them from taking care of their teeth and gums. They chewed on twigs and fresh herbs to clean their mouth. The twigs were shaped to resemble a toothbrush on one end and a toothpick on the other end.

As you enjoy Thanksgiving with your family, be grateful for all you have including access to oral health care, and don’t forget to brush and floss after the big feast.

Tweet
Published in Blog
More in this category: « Turmeric for Oral Health and Tooth Whitening? What does the schedule look like today? »
back to top