What Patients Fear Most 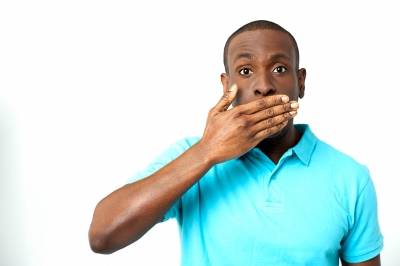 Many people are afraid to visit the dentist. So many, in fact, there is a name for it; odontophobia. The people that suffer from this phobia often suffer alone, despite the fact that there are so many other sufferers in the world. The reason is often that when they voice their fears, they'll hear responses like “You're just being silly” or “Does anyone like going to the dentist?”

Their fears are seen as inconsequential, which is part of the reason so many people chose not to see a dentist until it is absolutely necessary - or not at all. Some people will suffer through tremendous pain instead of going to a dentist, or even pull their own teeth. There are several common reasons people suffer from odontophobia, most of which a capable dentist can help to assuage.

Some people feel they have such bad teeth that they are embarrassed to go to a dentist. It sounds like a Catch-22, and that’s exactly what it is. People can wait so long to see a dentist that their teeth are little more than rotted stubs, and the thought of opening their mouths and having someone stare directly into it is mortifying. Some research even points to embarrassment as the most common reason people are afraid to go to the dentist. Often it isn’t even the person's fault their teeth are in such bad shape, but even so, they fear that they will be perceived as neglectful or lazy.

The fear of pain felt in the chair due to dental treatment is another huge concern for patients. This is an especially difficult conundrum, since the longer tooth pain goes without treatment, the worse it gets. This fear often stems from a previous bad experience, perhaps in childhood. Dentistry has come a long way since the days that the local blacksmith also pulled teeth. Local anesthesia takes much of the bite away from the Novocain injection.

Many people have a fear of needles. They avoid injections at all costs, and even faint, or have panic attacks at the sight of a needle or syringe. This fear usually stems from a bad childhood experience. Most dentist offices can offer laughing gas as an option, so there is considerably less pain and patients can feel some relief in the dentist's chair.

There are some patients who are easily gagged. They fear making a fool of themselves during an appointment because of it. A sensitive gag reflex can be brought about by both psychological and physiological factors. There are even patients who have trouble brushing their teeth at home due to sensitive gag reflexes. Talking to your dentist can help. They can help determine the reason for the gagging, and devise a plan to get the dental work done.

Going to the dentist doesn’t have to be terrifying. Most of the reasons that people are afraid of the dentist are rooted in previous experiences. The best recourse is to face the fears and get to the bottom of them; knowing why these fears exist is the first step to conquering them.

Repercussions of Delaying Dental Care
How Coffee Affects Your Teeth