Can a registered dental hygienist perform a prophylaxis on an animal? 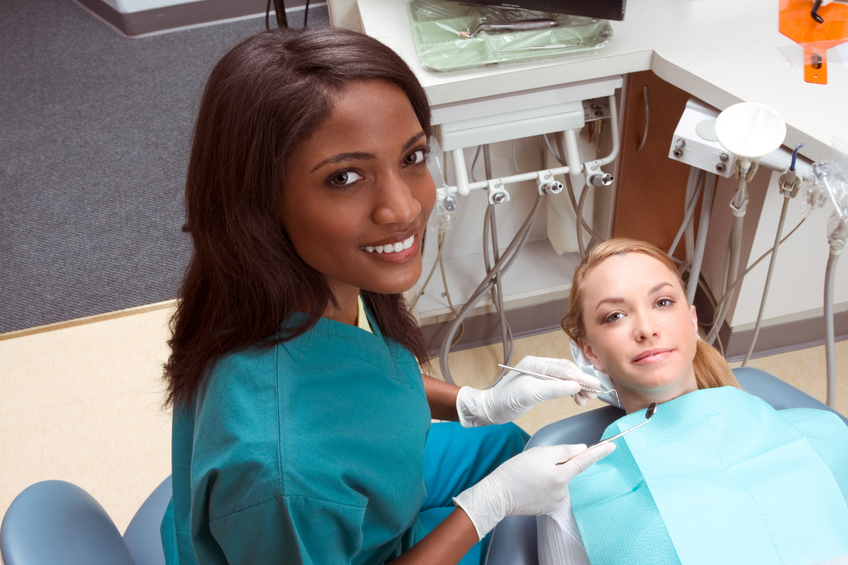 Can a registered dental hygienist scale and polish an animal’s teeth? It depends on the state. The American Veterinary Dental College (AVDC) defines veterinary dentistry as “the art and practice of oral health care in animals other than man.” A licensed veterinarian must diagnose, treat, and manage the oral health care of an animal. The AVDC permits certain healthcare professionals to assist and/or perform oral procedures on animals while under direct (in the room) supervision of a licensed veterinarian if state law permits. These professionals include certified, registered, or licensed veterinary technicians, veterinary assistants with advanced training, and licensed dentists and dental hygienists.

While there are similarities between treating animals and humans, there are some significant differences. Extensive education and training are necessary because the prophylaxis is considered a surgical procedure requiring anesthesia. Also, the oral anatomy of an animal is very different from a human. Learning how to administer anesthesia and closely monitor (heart rate, temperature, blood pressure, & pulse oxygenation) the pet while under anesthesia is imperative because lack of knowledge could mean the difference between life and death.

Unlike human prophylaxis, before any surgical procedure, an extensive exam including bloodwork is done to ensure that the animal is healthy enough to undergo surgery. Once the pet has been cleared, they will be sedated and intubated so that the procedure can be done quickly, thoroughly, and safely. Also, after the cleaning portion of the procedure, any teeth that are decayed, abscessed, fractured, mobile, or periodontally involved are removed.

Making the transition to veterinary dentistry is significant and so is the pay difference. Most clinics pay half the salary of human dental practices. Rules and regulations vary by state, and you must follow their direction if you are a registered dental hygienist seeking a position to practice veterinary dentistry.

Having your pet's teeth cleaned? 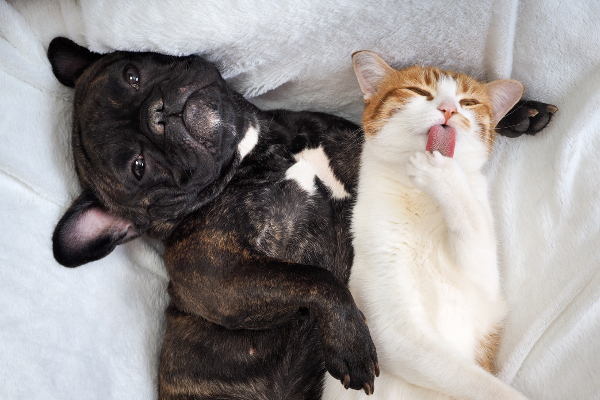 If your vet has suggested that Fifi needs dental prophylaxis, it’s because she has a significant amount of tartar on her teeth causing problems of which you’re probably not aware. Like humans, plaque forms on pet’s teeth and can lead to gingivitis, periodontal disease, abscesses, and tooth loss. Furthermore, the harmful bacteria in the plaque can enter the bloodstream and go to vital organs including the heart, kidneys, and liver causing detrimental health problems. As tartar continues to form, the gums recede exposing the root surfaces which can be painful for your pet.

Because a veterinary cleaning is considered a surgical procedure, your pet must be medically cleared before the appointment. A thorough exam including bloodwork is very important because of the anesthesia administered throughout the procedure. Without a complete workup, the vet has no idea how they will respond to the anesthesia and not knowing can cost your pets life.

If the pre-surgical workup is clear, the process begins with antibiotic premedication and sedatives through an IV catheter. Then, an endotracheal tube is placed in their airway to prevent anything from entering the lungs. At all times during the surgery, temperature, blood pressure, pulse oxygenation, and heart rhythm are monitored closely. Examination before the cleaning includes taking x-rays and measuring periodontal pocketing. After the exam, scaling with an ultrasonic instrument, hand scaling, and polishing removes the tartar and stain from the teeth and fluoride is applied. After the cleaning, any teeth with fractures, mobility, or infection are extracted.

After the cleaning and any extractions, your pet is weaned off of the anesthesia and sent to an area where they’re still closely monitored for a couple of hours. You can usually take them home with pain medication and an antibiotic after they’ve been cleared from recovery. Recovery is usually smooth, and they will need to eat soft foods for a little while until they’re comfortable with a more solid diet.

Follow the advice of your veterinarian regarding the frequency of cleanings. The biggest risk is always the anesthesia, and your vet should never proceed with administering anesthesia if your pet isn’t healthy enough to withstand surgery. Keeping your fur baby’s mouth healthy with proper home care helps tremendously. Brushing their teeth at least once per day and giving them treats recommended by your vet for tartar control can cut down on the frequency of cleanings keeping everyone safe and happy. 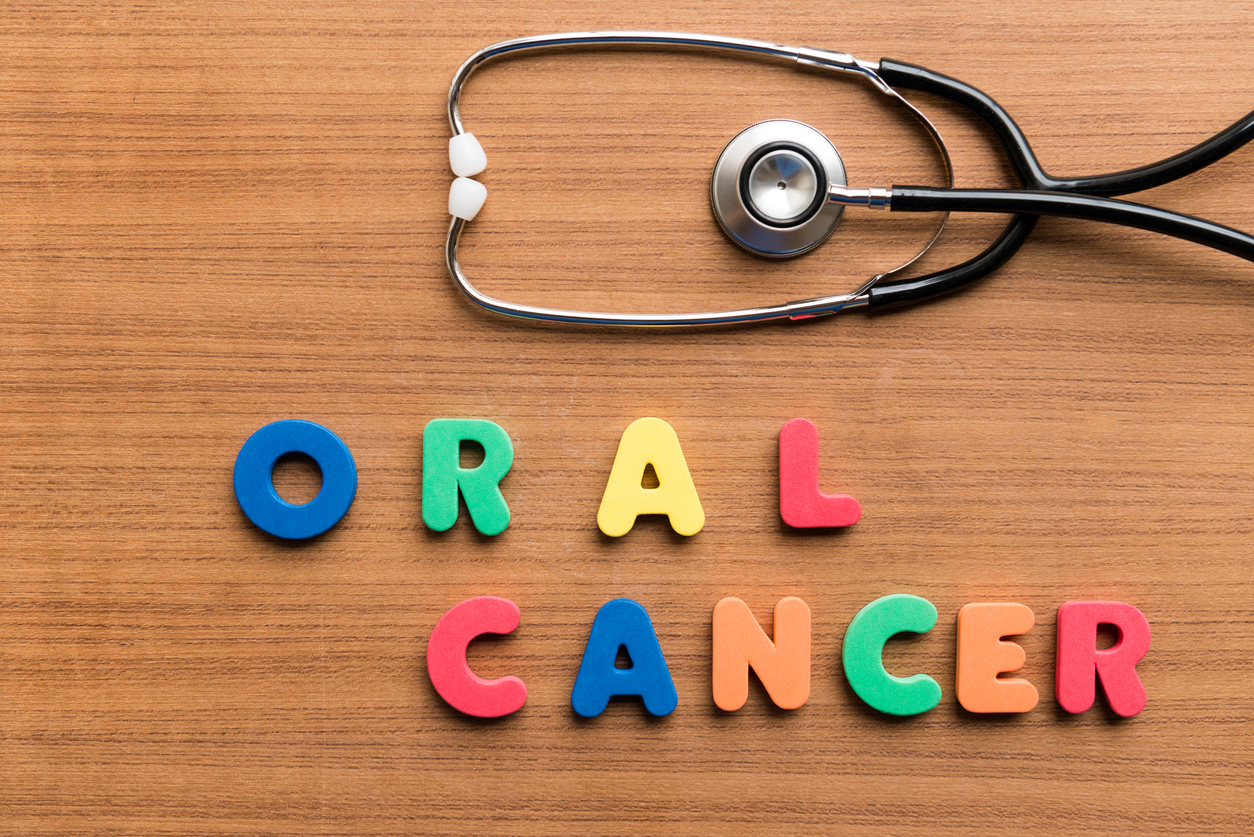 Dental professionals spend a significant amount of time with patients and typically see them at least twice per year for routine prophylaxis. Frequent visits provide the opportunity to be on the lookout for oral cancer inside and outside of the mouth since most people spend more time with their dental team than their primary care doctor, and many never visit a dermatologist. Examinations should consist of looking and feeling for abnormalities such as flat discolored surfaces, moles, freckles, lumps or bumps inside the mouth, and any exposed skin in the head and neck region.

The American Academy of Dermatology and The Skin Cancer Foundation have guidelines for recognizing a suspicious spot. The ABC’s of skin cancer are A- Asymmetry, B- Border, and C- Color. Asymmetry is determined by imagining or drawing a line through the middle of the surface. If the two halves don’t match or aren’t symmetrical, it may be cancerous. Border refers to the edges of the area. Cancerous lesions tend to have uneven borders. Color specifies the color of the area. If an area has a variety of colors or the color has changed since their last visit, it may be of concern.

Make it a priority to look for suspicious areas, and take note of shape, borders, size, elevation, and color. Speak to the patient about these areas of concern and ask about them each visit. Pay attention to any changes such as increased growth, bleeding, itching, color change, border change, or asymmetry. Pictures are also helpful. Refer the patient to a dermatologist or oral surgeon depending on where the surface is located if anything looks suspicious. Taking a little extra time to examine the patient from the neck up is extremely important and can definitely save a life. 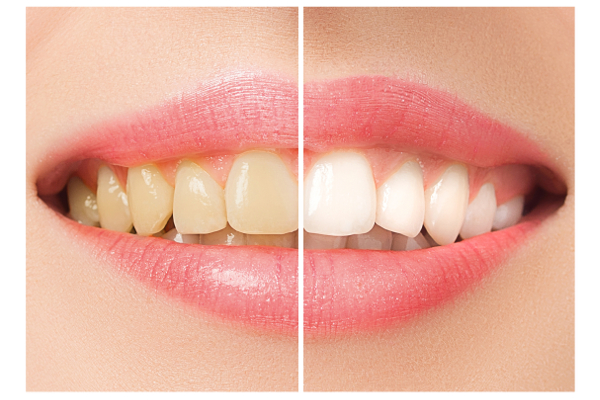 On a daily basis, dental professionals hear about strange home remedies for tooth and gum health and whitening ranging from coconut oil to charcoal, and now turmeric. Turmeric is a bright yellow root often used in cooking, but it has also been used for medicinal purposes.

Although generations have used turmeric as an antimicrobial and anti-inflammatory agent, no clinical findings are available stating its effectiveness or safety. The anti-inflammatory and anti-microbial properties of turmeric are thought to promote the reduction of inflammation and harmful bacteria in the mouth. The abrasiveness of turmeric is assumed to be the whitening property.

There are several ways to incorporate the use of turmeric for oral health and whitening. It’s available through pastes, teas, mouthwash, and chewing gums. The most common use is pastes sold in stores and on the internet, but many people prefer to make their paste from turmeric powder, baking soda, and coconut oil. People report that the paste tastes horrible and stains everything.

What do dental professionals think of using turmeric for oral health and whitening? Most are not recommending these products for several reasons including:

Although turmeric is popular, no clinical findings state its effectiveness or safety. We do know that because turmeric is highly abrasive, it’s certainly not safe to use long-term. The best way to keep your mouth healthy and your teeth white is to visit your dentist at least every six months for a cleaning and exam and follow their recommendations for home care products and whitening.

How did the Pilgrims and Native Americans care for their teeth? 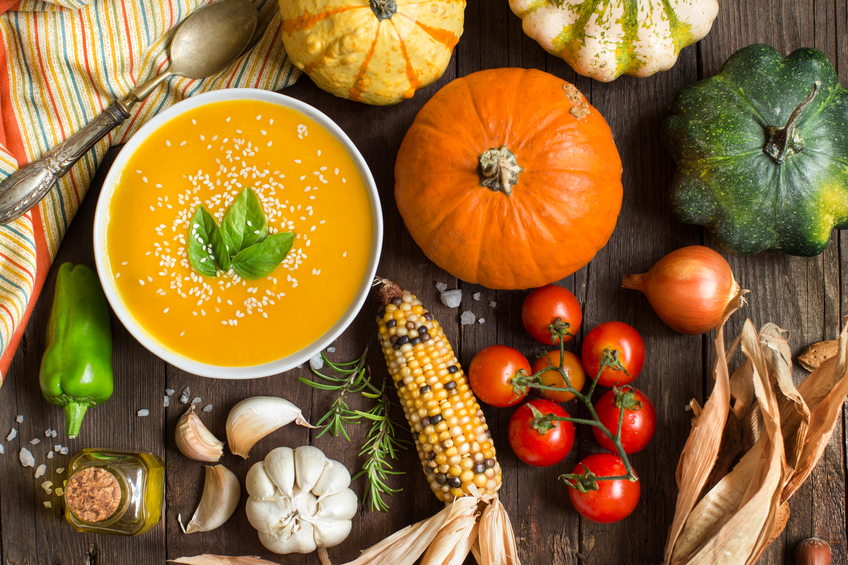 Thanksgiving is quickly approaching, and today we’re looking at how the Pilgrims and Native Americans cared for their teeth. As you can imagine, there were no dentists, and oral health wasn’t a top priority.

First, we’ll take a glimpse at the Pilgrims. They spent a lot of time on ships which directly affected their diet, and in turn, affected their oral health. They ate preserved food like dried fruit, hard biscuits, and salted dried meats. These types of foods are harmful to the teeth and promote bacterial growth responsible for tooth decay, gingival issues, and periodontal disease. The Pilgrims were technically more advanced than the Native Americans, but most didn’t have a toothbrush. The available toothbrushes had a bone handle and hog hair bristles and were used by the upper class. Toothbrushes became popular a century after the Pilgrims landed in America.

The Pilgrims drink choices may have been even more detrimental than the food. Water was avoided because it wasn’t clean and led to sickness and even death. Therefore, wine and beer were consumed. Neither was ideal for a healthy mouth, but the wine was more harmful because of the high sugar content and high acidity level causing break down of the enamel and decay.

The Native Americans, on the other hand, had decent teeth and gums, and like the Pilgrims, it was directly related to their diet. They were hunters and gatherers and lived off the land. Their food sources consisted of corn, wild game, squash, beans, fish, fruit, and nuts. Everything they consumed was high in fiber and wasn’t refined, so there was a lot of chewing resulting in plaque removal.

The Native Americans didn’t have access to toothbrushes, but that didn’t stop them from taking care of their teeth and gums. They chewed on twigs and fresh herbs to clean their mouth. The twigs were shaped to resemble a toothbrush on one end and a toothpick on the other end.

As you enjoy Thanksgiving with your family, be grateful for all you have including access to oral health care, and don’t forget to brush and floss after the big feast.