Hiring a Dental Associate - The Role of the Associate 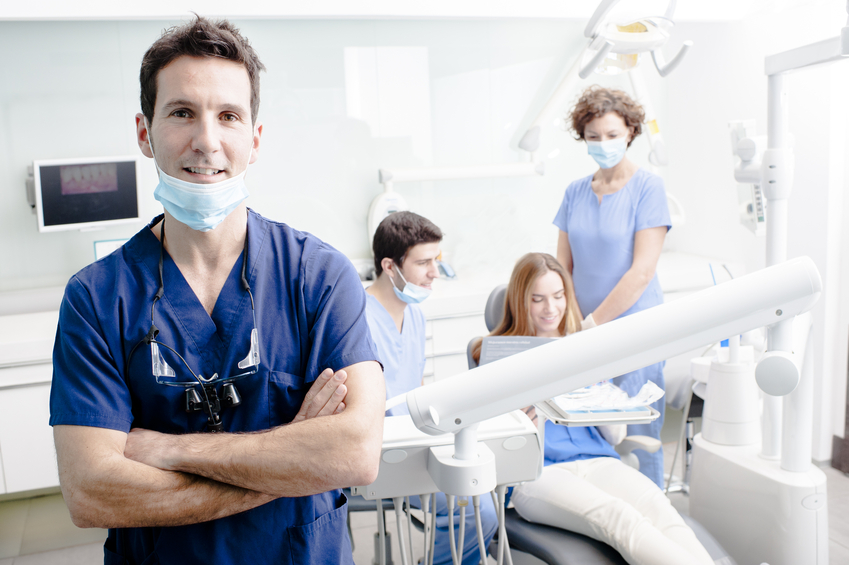 Have you considered joining a practice as an associate dentist? Many clinicians prefer to accept a position in an established practice instead of having their own because of student loans, the expense of owning a practice, and the responsibility associated with being the owner. Following are some tips to help with your decision:

Choosing the best fit for you will take some investigation. If an office is pressuring you to decide after a short period, it’s probably best to keep looking. Don’t get discouraged because the perfect setting for you is out there, and you’ll be glad you took the time to find a practice in line with your goals and standards.

Hiring an Associate - The Role of the Senior Doctor 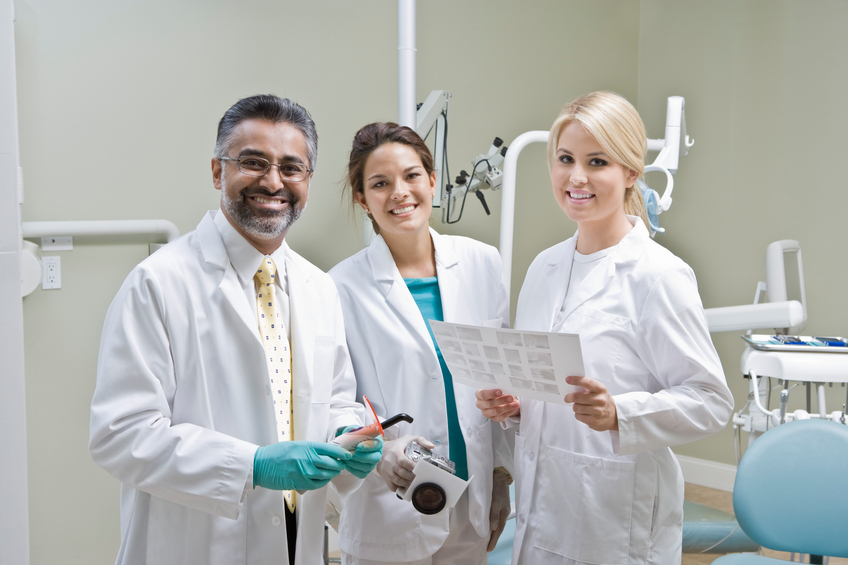 Have you reached a point in your career where you’re considering adding an associate? While the thought can be unnerving, the following guidelines can help make the transition more comfortable and exciting.

Guidelines for the senior doctor-

Hiring an associate should be an exciting time for you, your team, and your practice. While it can be a daunting task, following the guidelines can make for a smooth and positive transition.

The eruption of your infant’s first tooth is a pretty big deal. However, it can be an uncomfortable process for you and your baby unless you’re prepared. The following chart gives an estimated timeline for primary tooth eruption and serves as a guide in getting through this developmental stage easier. 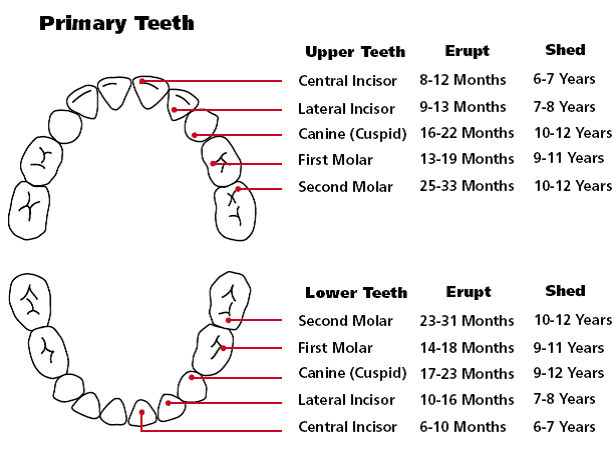 Most infants begin teething around 4-7 months, but this time frame may vary. Symptoms and intensity of pain may also differ from child to child. Common symptoms include but aren’t limited to: slight fever (less than 101 degrees Fahrenheit), swollen and tender gums, drooling, crying and being irritable, sleeping and eating pattern changes, runny nose, and gnawing on objects.

While teething can be very uncomfortable for the infant, it generally doesn’t make them ill. The following symptoms don’t usually occur during teething: severe rash, high fever, congestion, cough, uncontrolled vomiting, and uncontrolled diarrhea. If these symptoms arise and persist, contact your pediatrician immediately.

When trying to soothe your baby and ease teething pain, the key is to be versatile. What works for one baby may not for another. Traditionally, anything cold (not frozen) is essential in decreasing inflammation and assists in producing a numbing effect. Many devices on the market are approved by the American Academy of Pediatrics (AAP). Choose teething aids that are approved by the AAP and make sure to clean them after use. Look for large pieces without small parts that can pose as a choking hazard. Your pediatrician may also prescribe acetaminophen or ibuprofen if the pain is intense.

There are two products that the AAP doesn't recommend. The first one is a very trendy teething device. The apparatus is made with amber beads that are strung into a teething necklace. Baltic amber (fossilized tree resin) is used and is supposed to release oil into the bloodstream to decrease the pain. These claims aren’t proven, and the beads are a choking and strangulation hazard.

The second product which isn’t recommended by the AAC is numbing gels containing benzocaine. These over-the-counter gels were used frequently and rubbed on the gums to provide comfort. However, the Food and Drug Administration has concluded that benzocaine shouldn’t be given to children under the age of two.  Also, topical medicaments wash away quickly because of saliva flow and are swallowed which can be dangerous.

Teething can be a difficult time in your child’s life. However, being prepared and choosing proper teething aids will facilitate the developmental process. Before you know it, your baby will have a mouthful of pearly whites!

Malpractice - A Term That Strikes Fear in Practitioners 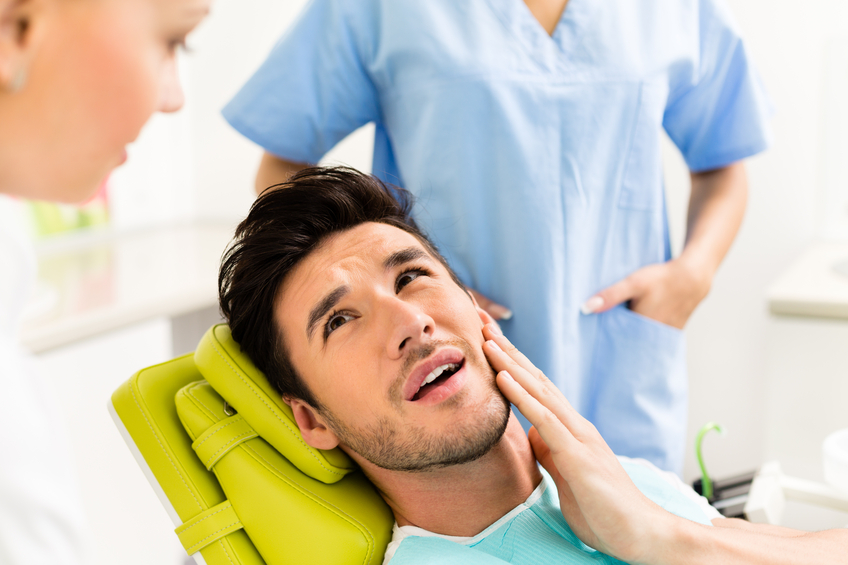 Dental Malpractice is the fifth and final topic in this blog series dedicated to confusing legal issues encountered in the practice of dentistry. We’ll focus on the definition of malpractice, and reasons you may find yourself in a lawsuit.

Malpractice is a legal term describing a professional individual’s failure to deliver the standard of care because of ignorance or outright negligence. For a case to be considered malpractice, there must also be long-term injury, disfigurement, loss of normal function, or death. If the ruling is in favor of the patient, a monetary settlement is usually paid by the dental professional in question. Although rare, with one in seven malpractice cases being dental related, it can happen to even the most proficient and successful practitioners.

Reasons for a case of malpractice:

While the reasons for malpractice suits are plenty, studies show that most cases are a result of tooth extractions where the patient wasn’t given an informed consent form. This signed documentation gives the dentist permission to perform the procedure after providing the patient with a complete understanding of why the procedure is necessary, methods by which the procedure will be carried out, the procedure itself, and the benefits and risks of following through with treatment.

Avoiding malpractice is absolutely the best approach. Have informed consent documentation in place and only proceed when signed.   Educate patients and take the time to listen to their expectations, and don’t abandon them after treatment. Review medical histories every single visit, review treatment plans, and diagnose and treat all patients as though your license depends upon it.

Firing a patient- Yes, it’s possible part two is the fourth topic in this blog series dedicated to confusing legal issues encountered in the practice of dentistry. Part one described why dismissing a patient might be necessary. Part two will discuss how to properly and legally end the doctor-patient relationship because if done improperly, a case of malpractice or abandonment can be made. Following are steps to end the relationship smoothly thus preventing legal issues.

A quick word on abandonment. Abandonment occurs when a dentist terminates a patient without providing the patient sufficient time to select another practitioner or refuses to complete or follow up treatment for no valid reason. Don’t operate in this manner because doing so can easily result in a case of malpractice.

Before deciding to fire a patient, reconsider and decide if it’s worthwhile to sit down one on one and see if it can be avoided. Make sure all reasonable efforts to resolve issues have been exhausted. If termination the only solution, consult with your attorney and follow all instructions to avoid any legal consequences.